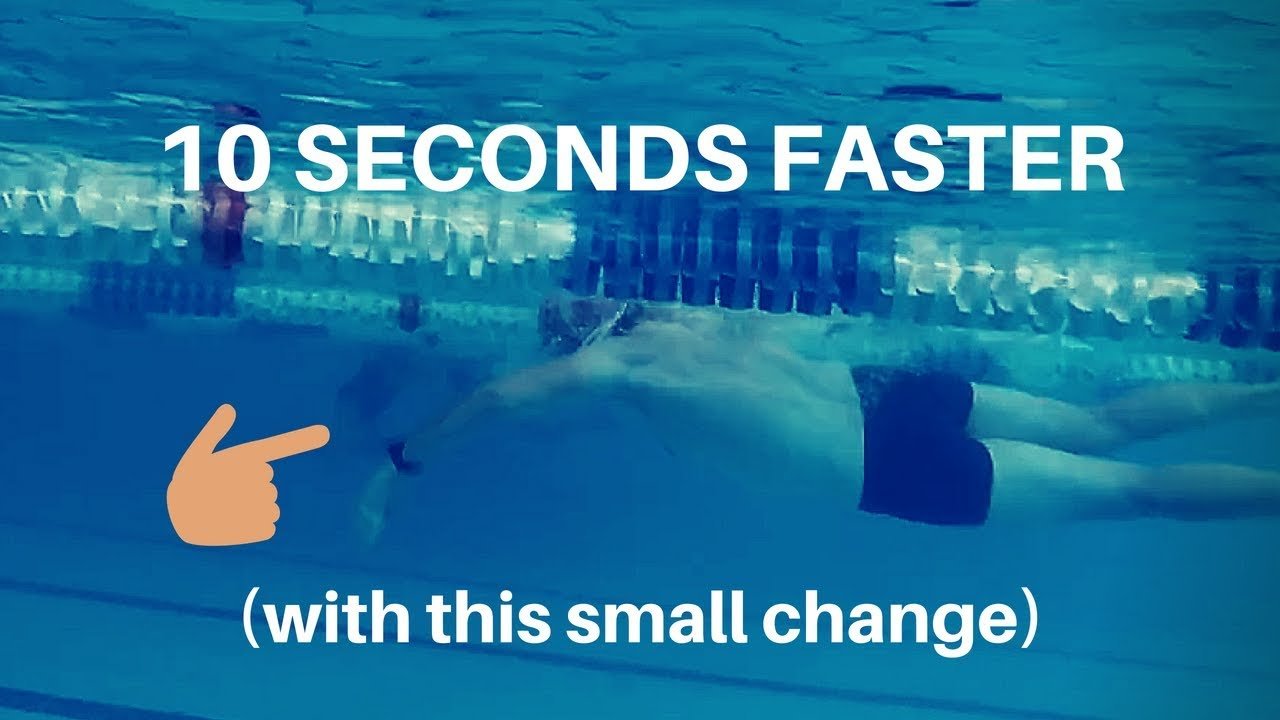 Hi, Brenton here from Effortless Swimming, it’s been a while since I’ve done a feedback Friday video I like to try and do them every week but the last few weekends we’ve had a lot of clinics. We’ve been in Perth, we’ve been in Melbourne, Adelaide, and Sydney. So I’ve been pretty flat out running the clinics and also the online coaching. We’ve had a lot of new members joining so I’ve been pretty busy doing analysis because that’s what I do on a day-to-day basis. YouTube something that I sort of like to do for enjoyment and I like to share some of the things that I’ve found to be really helpful when it comes to improving your swimming but I’m gonna try and get back on the weekly bandwagon and we’re starting that with today’s video.

Today’s video is of someone who joined our membership about six weeks ago. His name is Sergey and in the space of four to five weeks, he had a significant improvement not only in his technique but also in his times. He’s come down from around a 1:50 pace with a wetsuit on down to around 1:40 pace for 800 meters with a wetsuit on. You’ll see in this next video, some of the changes that’s helped him get there. I want to point out that it’s not standard to improve 10 seconds per hundred in the space of 4 to 5 weeks. Most people will take some time, two three six months it can take them a lot longer to do that but you’ll see how he’s able to make those changes. Let’s have a look at that video this is from Sergey who joined the membership about six weeks ago now this is the before video so this is the very the first video that Sergey sent and from here I sort of noticed a couple things.

The first one was you can see on the entry, the fingertips are really coming up to the surface quite a bit and he’s letting his hand or his wrist sort of got a little bit lose. So the fingers were coming up, putting the brakes on a bit and he can see this drop down by the position that he was coming to. This was the first thing that stood out on both arms. If we come back and just look at the right one as well, you notice that that position there when he’s extending forwards just putting the brakes on a bit so that adds up to a bit of extra drag. It’s gonna slow him down and again some minor physical change compared to that where we want to be but it really does add up. At clinics, in our online coaching membership, there’s quite a bit of focus on these little things that really do add up to make a big difference in the stroke. That was the thing that first stood out to me. What we worked on there was really some alignment and starting catch positions, so what we do was really make a big difference with how efficient he was in the water in terms of minimizing drag. I’ll show you the after shot in a moment.

The second thing you’ll see with his catch is that he was just dropping the elbow somewhat. So from here down to there, you can see that catch position where really this elbow is pointing through quite soon the elbow was dropping and you can see how the forearm the hands pressing down the water quite a bit so it just really wasn’t setting himself up that well early on with the catch position and a lot of that can often start from just the starting catch position. If you set yourself up there, where you’re putting the brakes on the fingers are up, it can be a lot harder to then transition into a good catch and we sort of saw this a bit with Sergey. Again just in a slightly dropped elbow position and the way that we sort of defined that is, if we draw a straight line from the shoulder to the hand, the elbow is sitting below that straight line. That was the initial video that I got sent from Sergei. We looked at improving the starting catch position, getting the fingers below the wrist, wrist below the elbow, also working on the catch as well. That’s what we wanted to really focus on.

Let’s take a look at the after video, this is the after video, you can just see how much smooth the stroke looks and it’s not necessarily that smooth is always better but you can just see that there’s much less drag that he’s creating there. He’s starting himself in a much better position. You can see here right about there great line all the way through the body, fingers below the wrist, wrist maybe just below the elbow but that overall line through the body is much more efficient and he’s creating a lot less drag through their left hand and his really nicely extends forwards here as well. He’s just not letting those fingertips come up like he was before so just setting himself up so much better but probably one of the more noticeable things was the improvement in the catch. This certainly isn’t standard this can take quite a while for a lot of people but through the catch phase on a lot of the strokes, he was able to really just initiate the catch a lot better. You can see here on this stroke while he’s in a high elbow catch position if we draw that straight line from the shoulder to the hand, the elbow is sitting above it. That’s a much better setup of the catch and that’s that small change is I think where a lot of the improvement came from combined with that better starting catch position so really good on that stroke doesn’t get it every stroke and that’s normal you know when you’re making changes to your stroke you’re going to get it right sometimes and then not so much the other times. You can see they’re still a little bit dropped on his right arm and this is one of the things we’re working on now but it’s a better position than what it was so. I normally look for the incremental improvements in the catch, very hard to make a really significant change straightaway. It often takes time but you can see particular on this left side that’s where he’s really made a big difference and when he sent these videos in, one of the things he said was I know you know my time is a 10 to 15 seconds quicker per hundred but I can’t actually see the difference in my stroke here and you know that’s that’s what my job is, that’s what my role is as a coach. When people join the membership and work with me it’s my job to spot these small differences and put together a bit of a plan to work on and on in terms of what to work on next. Really significant change there in the space of just a couple of weeks where he was able to knock off 10 to 15 seconds per hundred in his in his times just by working on his technique not by training anymore. He’s still got to be doing at least three sessions a week that’s my rule of thumb you can’t get away with two but ideally three or more so he was doing the work. He was training well for triathlon and the biggest thing was just technique that was holding him back and was able to make really good changes in a very short space of time and often it takes longer than that you know.

I don’t expect to see that much of a change so quickly but everyone is different and in Sergey did a terrific job so now we’re just really focused on continuing to improve the catch particularly with the right arm that’s where I think there’s the biggest opportunity and then we’ll sort of work on a bit of strength work and just continue to improve the race skills as well particularly open water swimming, getting the drafting happening and also just the ability to sort of pace the race in a way where he’s able to finish strongly, save energy for the black and the run and just get more out of his open water stroke. Terrific job and it was great to see such a quick change in such a short space of time. So there you have it there some of the changes that Sergei was able to make with his stroke that helped he take ten seconds off per hundred. If you’d like to check out the membership then click the link below that’s where I coach swimmers online or from all around the world as long as you can record yourselves to me either with a phone or with the GoPro send that to me that’s how I will help you improve your technique and we don’t just look a technique we also have workouts there strength conditioning, mobility and lot of different things as well and not just technique but that’s where most people primarily make the biggest improvement is with their stroke so if you’ve got access to a phone or a GoPro and you can record yourself swimming then check out the Effortless Swimming Membership there’s a link below and might see you in there.