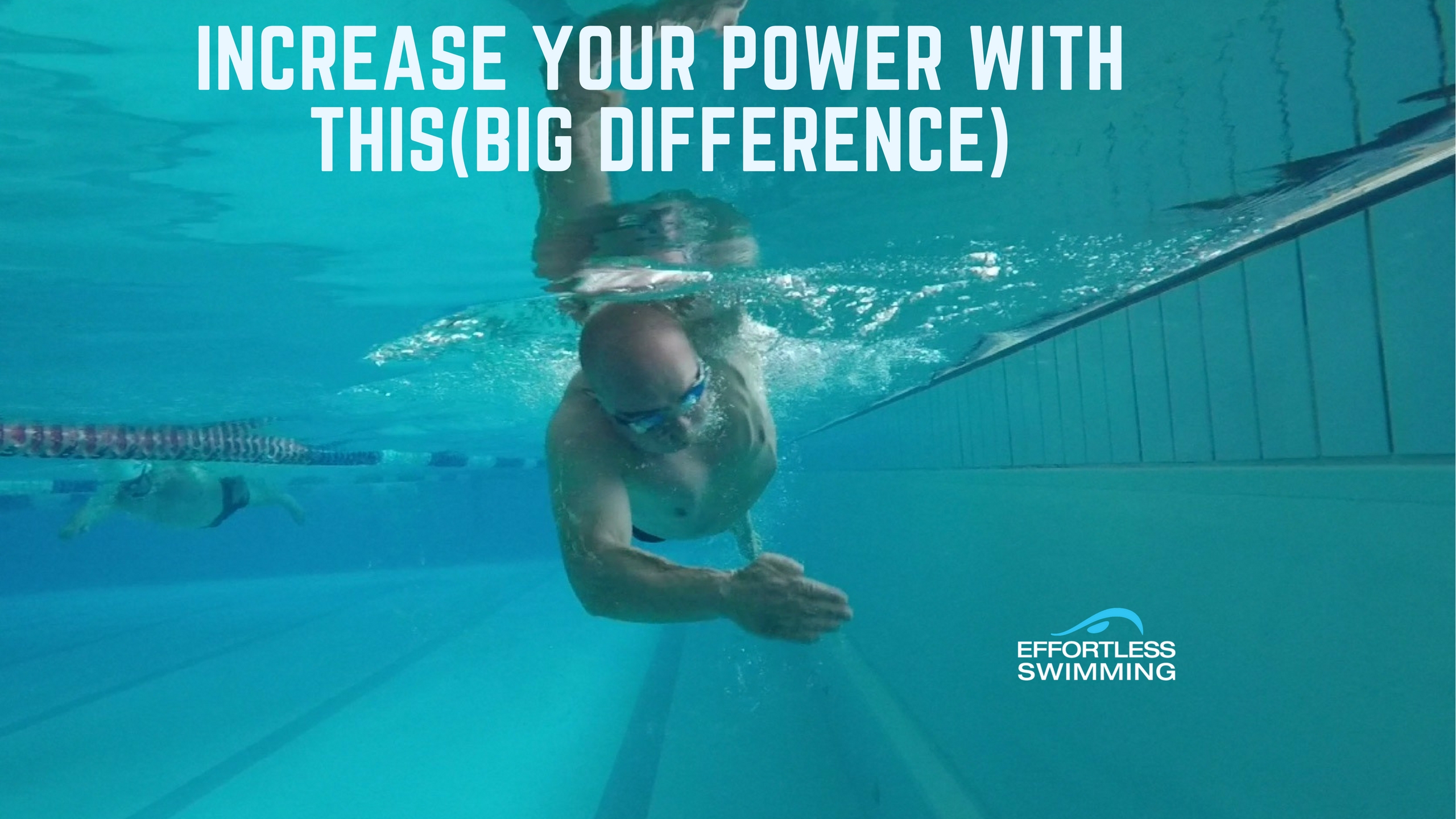 This video is a before and after of someone who attended our clinic. The main things we worked on here are the most important parts of the stroke.

1. Catch and Pull Through – This is where most of your propulsion is going to come from and what we often see is that people who don’t set up their catch and pul correctly from either their recovery or their entry position being incorrect then it’s very hard to have a good catch and Pull-Through.

2. Crossover on the Stroke – It is a common thing that we often see. His left hand enters pretty much in line with his head, it comes across the center of the body, which we don’t want. As a result, the spines could have kind of twisted, the hips have come off to the side and the legs have scissor kicked out the back. That crossover out in front was causing him to come under the body in a way where he wasn’t getting as much out of the pool through as he possibly could. If you would look at the left arm, the elbow is a little bit low so the forearm and hand are pressing down on the water quite a bit. In his right arm, his fingers are pointing to the side and the elbow is sitting low.

When you come that close to the body and when the forearms are almost parallel to the bottom of the pool, that means you are using primarily using your peck to pull through and it’s just not as powerful as if you are using your lats to pull through.
The way to do that is to bring the arms out, get the fingertips down, elbow out to the side, the arms are almost on a triangle on the side. If he is able to do that, he will be able to get a lot more from the stroke in terms of power but also that’s going to help send him directly forwards and get rid some of his sort of snaking or fishtailing.

3.Fingertips – You will also notice how the fingertips come up to the surface which puts the brakes on. We want to finish with the fingers below the wrist, wrist below the elbow as he moves forward because that is pressing him back, pushing in the wrong direction. We want this really slight downwards angle through the arm to help set up the catch.