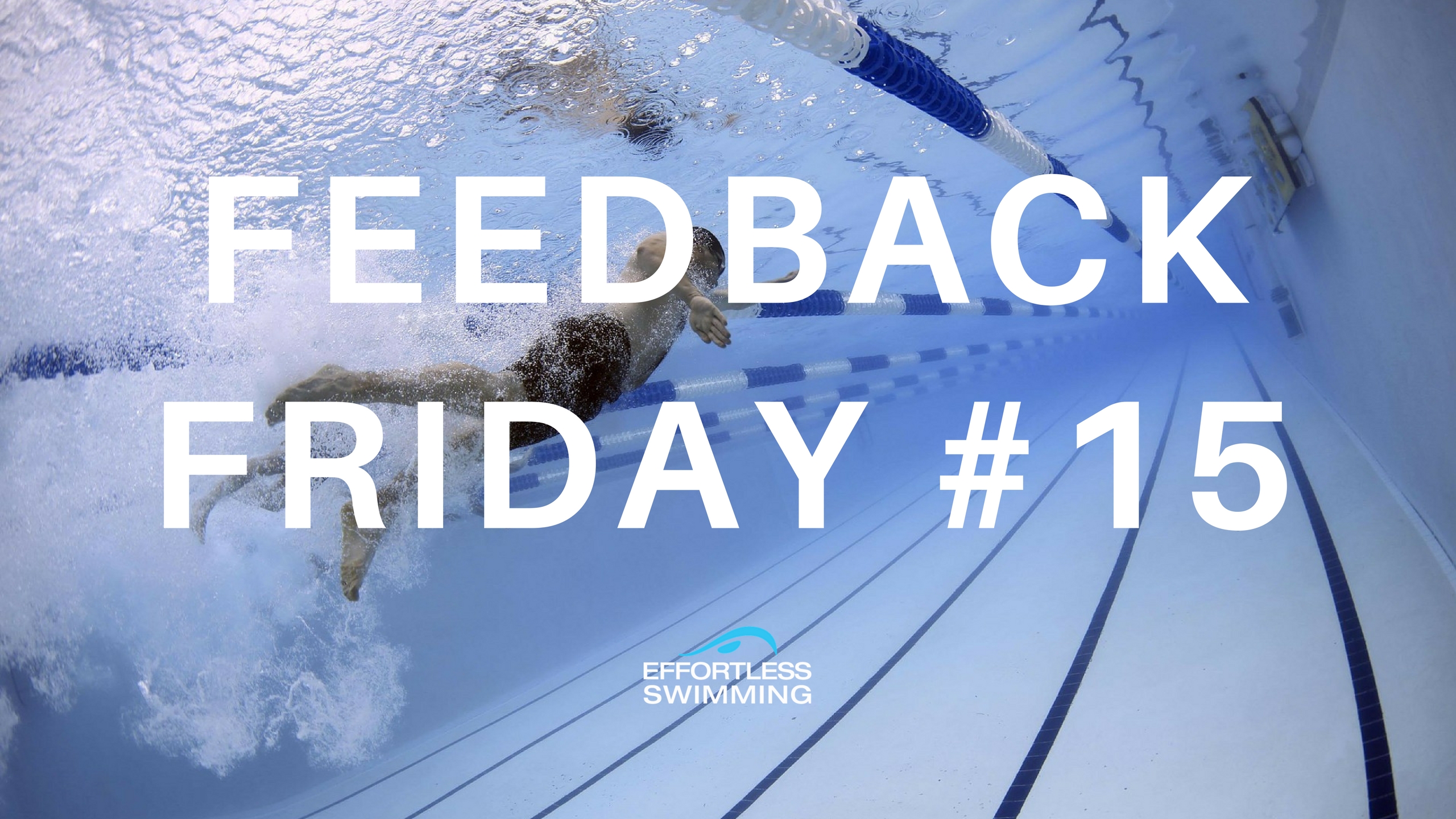 The main thing that we would like to talk about today is body position and how I like to diagnose or break down what’s causing someone’s hips and legs to sit low in the water and this can be useful thing to go through in your own swimming if you feel that your legs are dropping low because the number one thing that we want to do in swimming is to reduce drag and secondly is to increase propulsion.

Head Position – Looking on his head position, you can see that he is looking a meter in front of him. It is within that range of looking either straight down to 45 degrees in front.

Posture – This is in relation to what his body is doing and partly related to core control and his kick. You can see that in terms of posture, while he is not bending a lot at the hips, the overall position that he’s in with his legs is caused by not enough core control, The glutes need to be activated to help bring the leg up a bit straighter on the up kick. You can see that his thighs are always angled down from his hips, we want to be able to bring that up from the line of his hips or his torso on the up kick.

Breathing – One of the causes of the legs dropping is breathing too high. What we want to ideally see is that split vision breathing. One goggle in the water, one goggle out. You can see on the video that, all of his face, all of his head is lifted out of the water. The ideal position of breathing is keeping that one goggle in the water having half the head in and half the head out. That allows you to minimize your rotation to breath instead of over rotating. Over rotating caused him to lose balance and his arms to go quite deep and quite straight in the water.

It’s going to be a combination of a couple of things. It is not just one thing causing it and there’s a step-by-step process that we would go through to help make those changes.