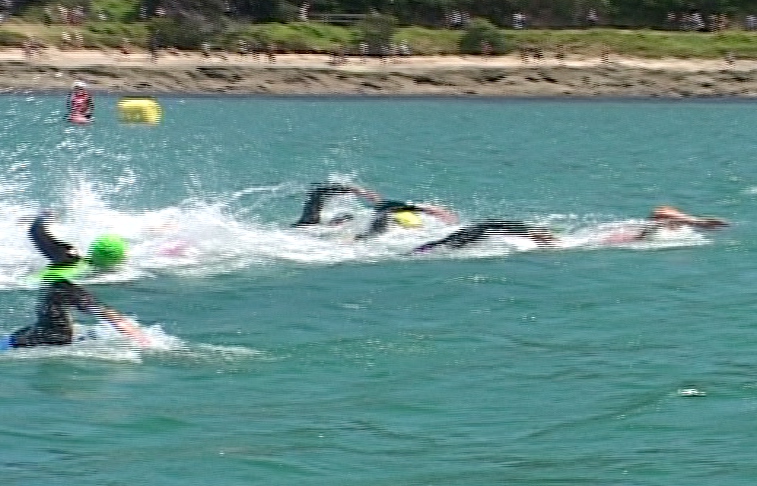 There’s a lot of ways to increase your speed, and by improving one thing at a time you get gradual improvements in your swimming. One of the most important things is stroke rate.

Your stroke rate is how many strokes you take per minute. We count them as one arm stroke equals one count.

It’s particularly good  for distance swimmers to focus on because too often swimmers will aim for a slower stroke rate like Ian Thorpe or Sun Yang.  In reality the majority of swimmers don’t have the same distance per stroke, strong kick and efficiency as they do.

You can increase your stroke rate while using no extra effort, but more on that later. Here’s how two swimmers have used a higher stroke rate to swim faster.

Lisandra, one of the swimmers I coach here in Melbourne, was doing her threshold pace sets with a 75 stroke rate (SR). Over the last few weeks we’ve increased this to 80, which has shaved off 2 seconds per 100m.

We’re using a FINIS tempo trainer for this which is a little device you put under your cap which will beep every time you should be taking a stroke. You can set it to whatever stroke rate you like. It’s available with the Effortless Freestyle program and also available from our online shop.

Another good example of using a higher stroke rate to swim faster is from the Lorne Pier to Pub open water race. One of the largest open water races in the world.

The winner, Sam Sheppard had an average stroke of 93 for the entire race, where most of the other swimmers were between 75-85. This allowed him to create a gap in the field and breakaway from the pack…giving him a 15m lead at the finish of the 1.2km race.

That’s a really high stroke rate and is difficult to hold for many swimmers. But by using the catch and pull and by doing the stroke rate set that we teach in the Effortless Freestyle program, you can increase your average stroke rate for racing, so that you’re able to maintain quicker times without using any extra energy than you are now.

To go about increasing your stroke rate I recommend:

Have you done much work on stroke rate in your training? Let me know in the comments below!